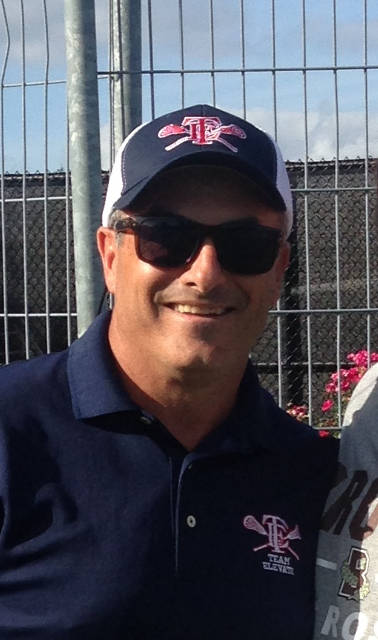 Dave is a 1989 graduate of Brown University where he was a 3 year starter at close defense after switching from goalie his freshmen year. While at Brown Dave also played football (Captain of Freshmen Team) and he wrestled. Dave played in the 1989 North South All-Star game at Johns Hopkins University and was also the Defensive MVP of the New England East-West All-Start Game. He was also the recipient of the Brown University Alumni Award in his senior year as “the player who has given the most to their sport over their 4 years.”

Dave played professional lacrosse for the New York Saints of the National Lacrosse League (indoor) and the Bridgeport Barrage of Major League Lacrosse (outdoor). Dave was also the President of the Long Island Lizards of the MLL. While with the Lizards, Dave founded the Junior Lizards program to help grow the game of lacrosse.

Besides coaching lacrosse, Dave also coaches travel soccer and ice hockey. Dave has coached players at every level of the game from professional all the way to youth.