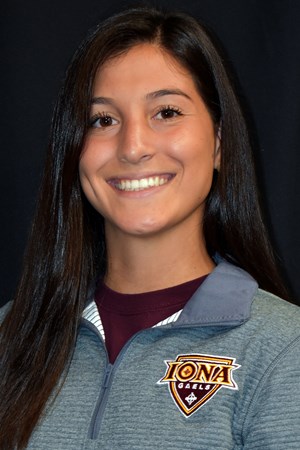 Pamela is a Team Elevate Alumni and contributes her success in college from the foundation Elevate provided her. During her high school career she was a three sport athlete competing in volleyball, basketball and lacrosse.

AS A JUNIOR (2017):
Appeared in and started all 17 games for the Gaels
Led Iona in goals (40) and points (47)
Grabbed 19 ground balls and caused 15 turnovers
Scored game-winning goals against Central Connecticut (Feb. 22) and Siena (Apr. 8)
Scored three or more goals eight times