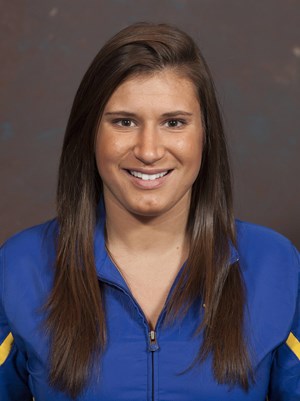 Rachel holds the position as the girls Assistant Varsity Coach at Friends Academy. She is a graduate of the University of Delaware, where she played defense for their Division 1 Women’s Lacrosse Team. During high school, she played defense for the Garden City Varsity Team under coach Diane Chapman. She helped the Trojans to two of the four NYS Class B State Championships including her undefeated season in 2010.

AT DELAWARE
Four-time letter winner as a midfielder and defender with the Blue Hens.

2014 SEASON
Appeared in four games and recorded limited statistics • posted one groundball in team’s 12-6 win over Monmouth on March 19.

2013 SEASON
Saw action in 13 contests for the Blue Hens • collected two groundballs and one caused turnover • picked up first groundball of the season against nationally-ranked Georgetown (2/16).

2011 SEASON
Played in two games vs. Saint Joseph’s and St. Mary’s College but did not record any statistics.

HIGH SCHOOL
Four-year member of Garden City High School lacrosse team • played defense for head coach Diane Chapman • team won four state titles from 2007 to 2010, compiling a record of 79-6, including a perfect 21-0 during her senior year in 2010 • won four letters in lacrosse • also played soccer and competed in winter track as a sprinter • was on the honor roll all four years • served as the Spanish Club treasurer and was a member of the photography club.

PERSONAL
Rachel Nora Dooley • born February 25, 1992 • daughter of Michael and Michelle Dooley • father played lacrosse and football at Hofstra • has a younger brother, Ryan • began playing lacrosse in third grade • chose Delaware for its great academics and excellent athletics • lists father as biggest influence because he has pushed her to be the best • human development and family studies major at Delaware.

"The best decision we have made as a family in regards to our daughters athletic career."