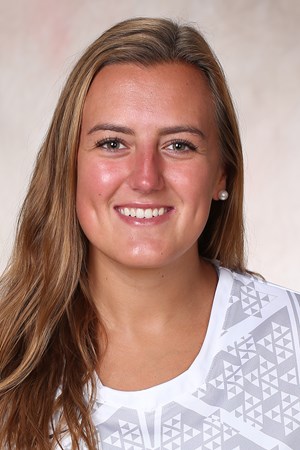 2018: Named Second Team All-Ivy … Started all 15 games on the season … Ranked second on the team in goals (32) assists (18) and points (50) … Led the team in game-winning goals (3) … Also contributed one caused turnover, three draw controls and six ground balls … Her 50 points are 10th best for a season at Brown, her 32 goals are tied 19th and her 18 assists are the 12th highest … Tallied a career-high seven points at Holy Cross (2/21) with five goals and two assists … Recorded a point in 14 games, with 13 multi-point contests … Scored five goals twice, at Holy Cross (2/21) and at Sacred Heart (3/31) … Scored three or more goals six times … Handed out a career-best four assists and added a goal against No. 23 Cornell.

2017: Appeared in all 15 games in her rookie campaign … Finished the year with 16 goals and three assists for 19 points … Ranked fourth on the team in points and goals … Scored four game-winning goals on the season which tied for second in the Ivy League … Recorded her first collegiate point in her first career game against Sacred Heart (2/18) on an assist … Scored her first career goal versus Holy Cross (2/21) … Registered a career-high five points on her first hat trick and two assists and had the overtime game-winning goal against Columbia (4/22) … Tallied four multi-point contests … Capped off the season scoring at least one goal in her last seven games … Registered a pair of goals against Cal (3/29), versus UMass Lowell (4/19) and at Dartmouth (4/29).

Before Brown: Four-year varsity lacrosse and field hockey player at Huntington High School … Led the team in scoring with 52 goals and 23 assists as a senior … Finished her career with 165 goals and 67 assists for 232 points … Named Offensive MVP (2014 and 2015), All-County (2014 and 2016) and All-Division (2013) … Selected to the Newsday All-Long Island Second Team … Named Top 150 Long Island Players in 2015 and Top 100 Long Island Players in 2016 … Also played for Team Elevate Long Island A Team (2012-15) … Captained both the lacrosse and field hockey teams … Picked All-County in field hockey in 2015 … Member of the National Honor Society and the National English Honor Society … Made high honors all four years … Received the Ben Franklin Award for Academic Excellence & Commitment to Public Information for her work in the Huntington School District’s Public Information Office in 2016 … Awarded the Young Leaders John Bosco Student-Athlete Award in 2016.

Personal: Daughter of Liz and Bill DeGennaro … Has one sibling, Katherine … Concentrating in Sociology.